oday, we are facing one of the biggest refugee movements in history – according to the United Nations’ reports and as of 2017, there was approximately one person displaced every two seconds somewhere around the world. Developing countries’ populations are the most affected ones and the political instability of many regions deepens the issue; for instance, in the last 18 years, violent conflicts in MENA regions are the reason of approx. 60% of world’s conflict-related deaths and have generated the overwhelming number of an estimated 19 million refugees and internally-displaced persons. Those numbers account for the majority of world’s refugee population of today and, with millions of people being forced to flee annually, they tirelessly continue to grow.

With population of forcibly displaced people expanding that rapidly, new challenges and complex emergencies of an unprecedented scale emerge on a daily basis. To answer these growing needs of the exigent times we live in, new, innovative solutions have to be developed and introduced to our ever-changing societies.

One of the biggest concerns of the refugee crisis is the aspect of housing solutions – not only now, with refugee camps serving as temporary solutions to a much bigger problem, but also in the future, when post-conflict cities, countries and regions will be in need of sustainable innovations.

Giving Spaces project aims to educate people in terms of rebuilding more than just architectural structures, but rather the existence of whole communities. We believe that providing individuals with methods and knowledge strongly focused on the theme of sustainable architecture will create tangible opportunities for their independence.

This project is currently under development, please check this space regularly for updates.

Giving Spaces project is mainly based on the SuperAdobe building method developed by the late Iranian architect Nader Khalili, best known for incorporating a broad range of unorthodox building materials into his projects, mostly focused on emergency contexts and providing shelters for the residents of developing countries.

The basic technology of building SuperAdobe dome structures consists just of stacking earth-filled sandbags and reinforcing them with barbed wire; the structures can be furtherly stabilized and plastered or left unstabilized, serving as temporary shelters. It is a very time-efficient process and requires only a basic on-site training, while at the same time the possibilities of expanding it and integrating modern technologies into its architecture are practically endless. The finished dome structures are extremely resilient and well-suited to strive in a variety of environments.

The earth architecture’s possibilities are especially valuable in times of increasing displacement rates and therefore urgent housing needs; moreover, it can create an important contribution to the refugee-oriented debate, incorporating themes of emotional aid and societal improvements apart from the architecture itself. Inspired by Khalili’s SuperAdobe as well as traditional clay houses still present in Northern Syria and Rwandan reconciliation villages, Giving Spaces project incorporates variety of methods and socio-architectural solutions that correspond with our philosophy of positive transformations in societies of today through education, arts and culture.

We see the potential of Giving Spaces domes’ role in the multidisciplinary challenges of today’s displacement crisis – as much as they can serve temporarily as functional shelters for refugee communities, they can become long-term solutions as well. For instance, by training displaced people who wish to one day return to their countries of origin and providing them with an accessible method they can implement in the process of rebuilding their own houses and cities, we could decrease the level of their dependency on humanitarian aid or other organizations and therefore strengthen their psychosocial wellbeing in the process. Thus, providing refugee communities - struggling due to the experienced hardships, tragedies, emotional and material losses - with a tangible, affordable housing option that wouldn’t otherwise be accessible to them could potentially change the course of the whole debate on the future of MENA region and its dependency on the international actors. Furthermore, Giving Spaces domes can serve as cultural hubs, arts and community centres, hosting a broad range of initiatives and activities. 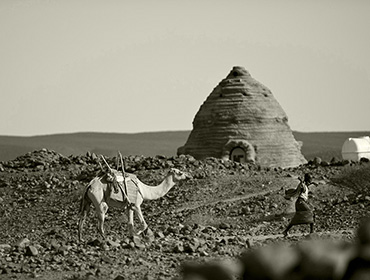 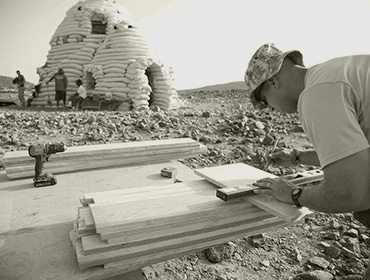 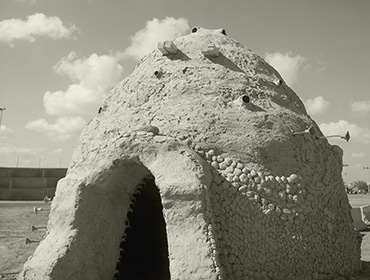 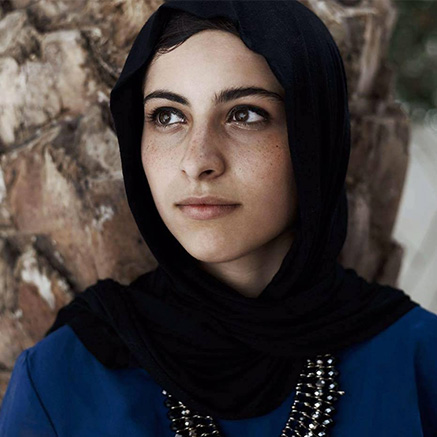 “If you have any questions regarding the Syria Cultural Index, feel free to contact me any time!"